Today was insane! So at 5.30am this morning I was standing (peppermint tea in hand) outside my hostel in Rotorua waiting for a shuttle to pick me up and deliver me to the boat for the White Island expedition.

Ok so first here’s some facts….
-White Island is an active volcano situated 48km from the coast of the Bay of Plenty, North Island, New Zealand.
-About 70 percent of the volcano is under the sea, making this massive volcanic structure the largest in New Zealand.
-Although it’s privately owned, White Island became a private scenic reserve in 1953, it last erupted in 2012.
-Sulphur mining occurred at intervals from the 1880’s until the 1930’s and the remains of a factory can be seen on the island.
-Gases dissolved in the magma escape and rise towards the surface where they mix with, and heat the groundwater beneath the crater floor. This produces fumaroles, and the white steam/gas cloud which is usually present above White Island. This acidic cloud can sting the eyes and skin, affect breathing and damage equipment and clothes.

It is the most insane place I have ever ventured to!
Also it was the roughest boat ride I’ve ever taken with people spewing all over the place but oh my god it was worth it, on arrival you are given a hard hat and gas mask, which you are instructed to wear during your time on the island. Once we climbed onto land we were able to walk right up to the main stream vents where you are swallowed up by the poisonous clouds and stunned by the acidic colour of the sulphur rocks, we then walked to the main crater and you are able to stand at the side of the acid lake, which is a bubbling vivid green lake that doesn’t look inviting and has a ph level of -6 (when it rains there because of how acidic the air is the rain turns to acid rain!)
We explored the bubbling mud pools and various stem vents and tried the water from the two streams of fresh water on the island (one was boiling hot and tasted metallic and the other cold and had a citrus tang) we also had a chance to explore the abandoned sulphur factory, which has pretty much eroded away but makes for a good picture or two!
Today was incredible it felt like a proper adventure being in a completely unknown situation and mad environment and to top it all off on the boat ride home we saw bottle nosed pilot whales. It just can’t get better than this!!! 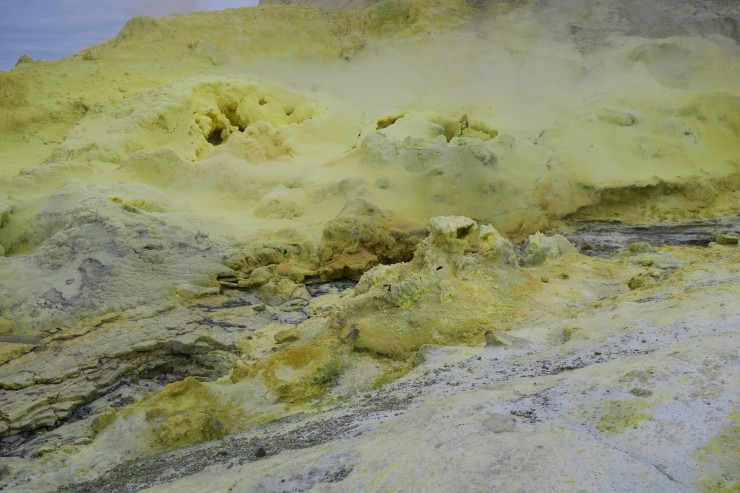 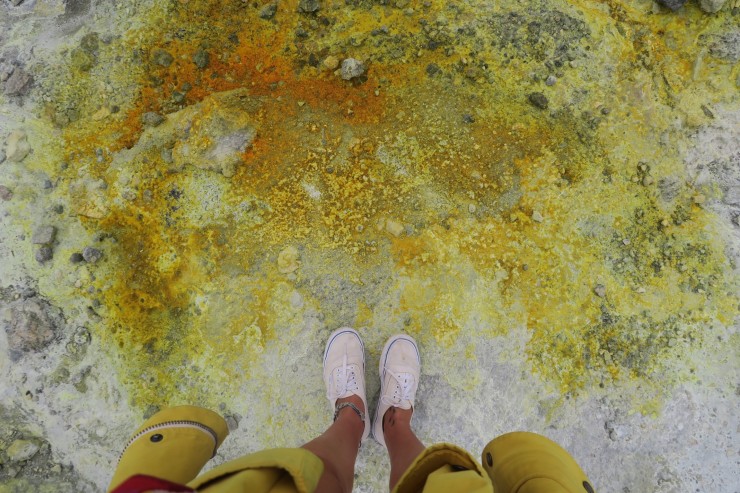 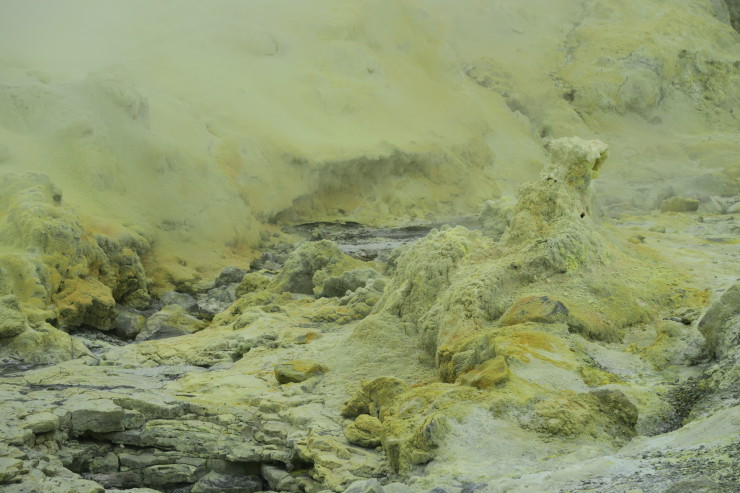 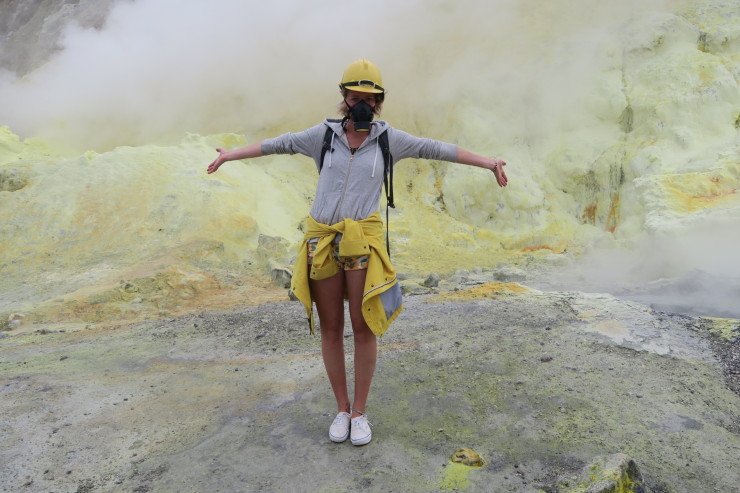 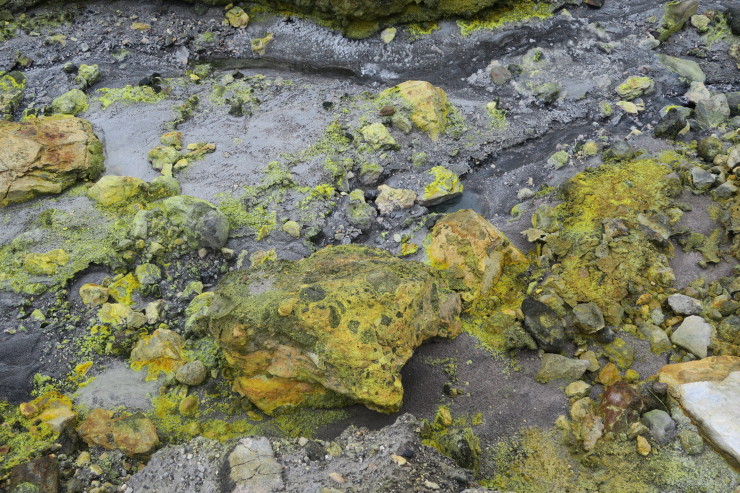 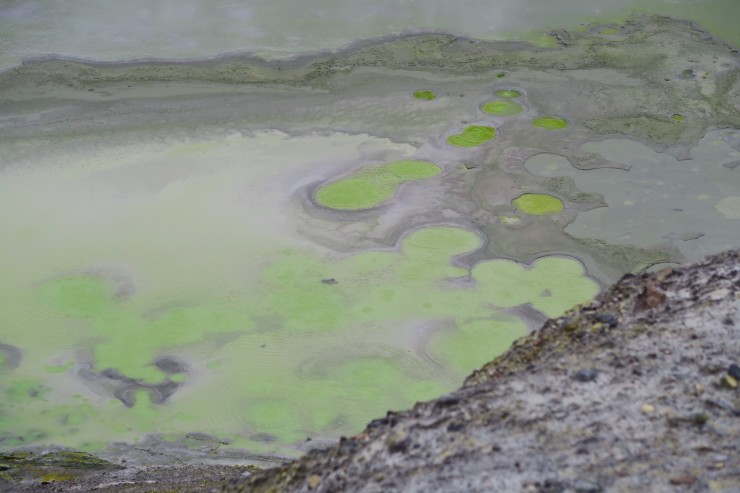 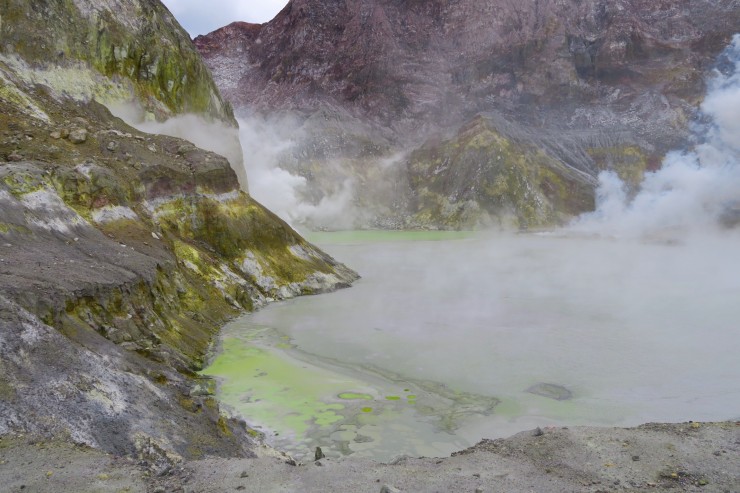 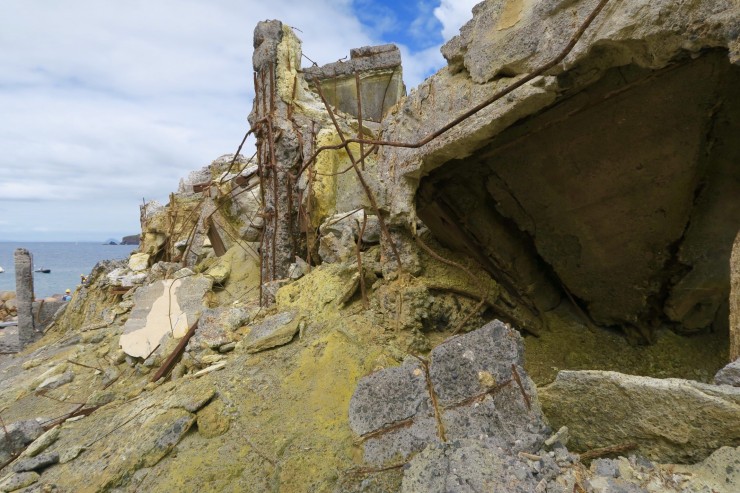 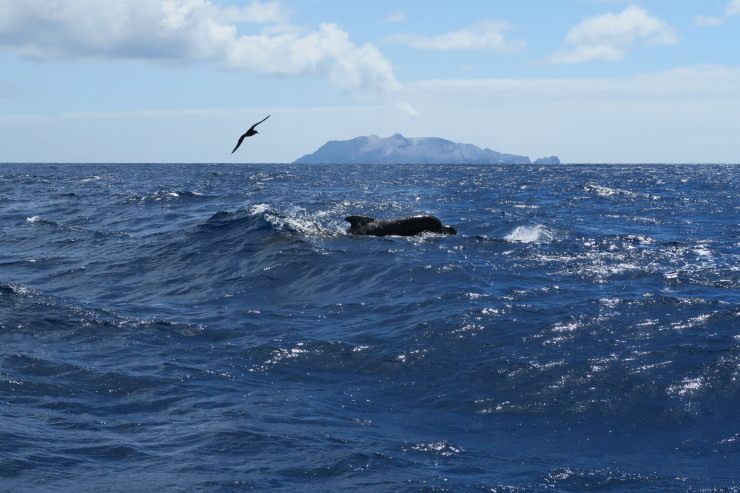 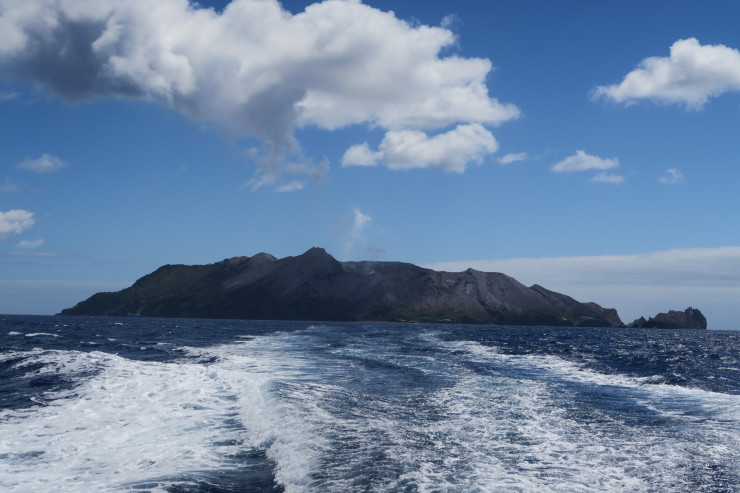