I’ve arrived and recovered from the 18 hour plane journey. Which was actually pretty epic, we flew out of China on the evening of Chinese New Year so had the best view of the firework displays that were set off all over the city! A view I will never forget
The hotel I’m staying at in Bangkok is so luxurious compared to the New Zealand hostels I’m used to, there’s a pool and I have a huge double bed with ensuite. At breakfast (I ate so many pancakes, free breakfast is fantastic!) I sat with a girl called Emily who as it turns out is joining the same group as me for the next few weeks. We spent a few days exploring Bangkok, visiting temples, riding boats/tuktuks, eating fresh coconuts and every piece of street food we came across its such a fantastically foreign place where every local wears a smile and is pleased to help or sell you something
Wat Pho was the first temple we visited, where the reclining Buddha resides it’s the most beautiful temple and my favourite even if there are bloody millions of selfie sticks there! There’s so much detail in the decoration, it’s colourful and really impressive. We also visited the palace and a few other temples including one across the river called Wat Arun.
We met the group who are brilliant, it’s such a mixed bunch coming from all over including Denmark, Aus, NZ and Germany. Our group leader is called Nak and is from Cambodia, he’s lovely I think this is going to be a great trip! 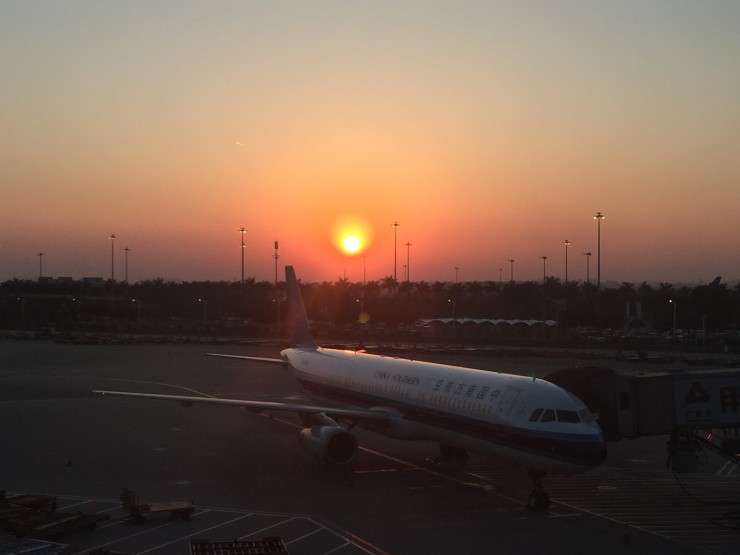 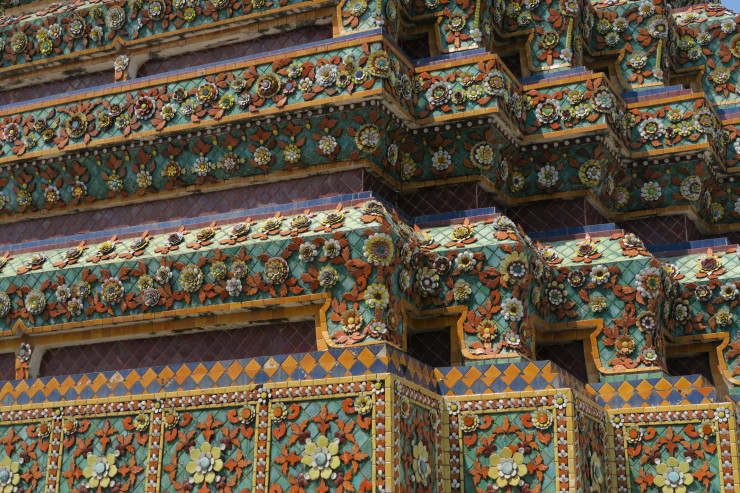 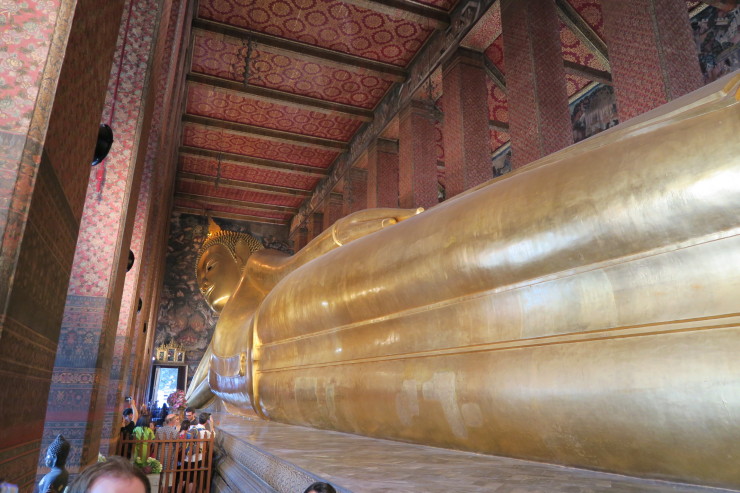 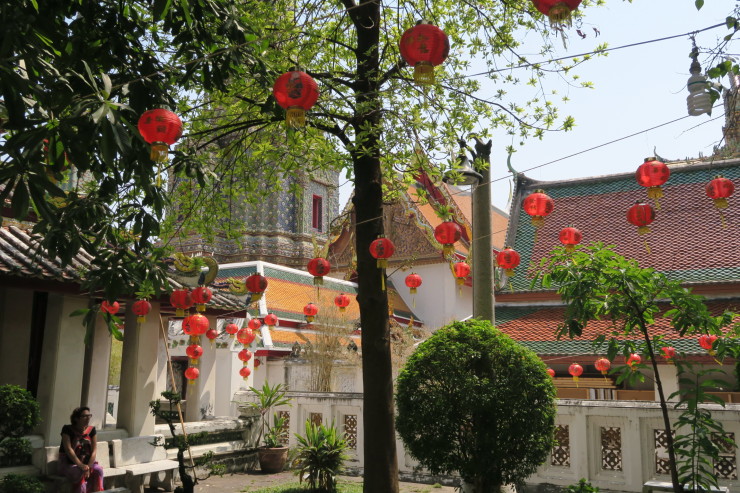 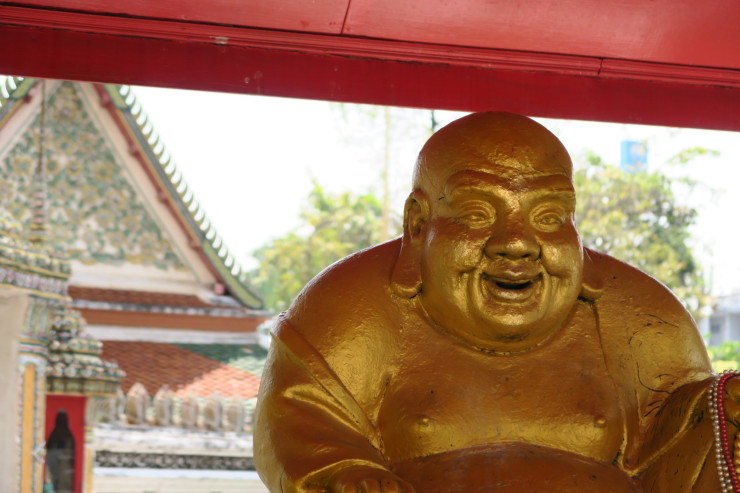