My travels around NZ are almost over I love it here this county is spectacular and full of brilliant people!
So I’m currently staying at the Top Spot hostel, in Kaikoura, looking out over the sea. It’s such a laid back place, we wandered around the bay yesterday and watched seals swimming and playing on the rocks until we stumbled upon a little trailer on the side of the beach selling the freshest crayfish, it was delicious! (I think this is one of my favourite things about traveling, that you have no idea what will be around the next corner or through the next door it’s so exciting!)
So from Queenstown and Milford I went to Lake Tekapo and stayed in a few different places, which was a bit annoying because your constantly packing but it was ok.
Lake Tekapo is a dark sky reserve so the aim was to do some night photography and just watch a lot of stars BUT almost the entire time I stayed it was cloudy!! We were getting up every hour to check the weather and finally on the last night I stayed we had a clear sky at 4.30am, watching the sunrise was brilliant and the stars really were beautiful, I saw the planetary alignment of Venus, Saturn and Mars as well, which was pretty special.
After Tekapo I traveled north to Christchurch where I stayed for a few nights. Christchurch is amazing. It’s still in construction for the earthquake a few years ago that really destroyed the city, the destruction is still very evident as you walk around, it’s awful to see how much damage and loss there is there but amongst the destruction and empty building waiting to be torn down artists have used these vast ruins as canvases creating a city covered in street art, which is fantastic to wander around!
The weekend I was in Christchurch the National Buskers Festival was being held in the park, which was fantastic… There were loads of acts from music to street performers and even a few circus acts. It was just luck that I arrived this weekend but it worked out so well! As well as the festival I spent time in the botanic gardens and on the last day I caught a bus out to Arrowtown.
Arrowtown is an old French settlement on the coast about 2 hours from Christchurch. It’s such a pretty place with lots of little shops, a good gallery, a lighthouse and great cafes. It’s great being able to get out to places off the kiwi bus route without the suggested activities stops and forced breaks from the journey. I’m really glad that I’m not doing the trip on minimum time (some people I’ve met are doing both islands in three weeks and just never seem to get off the bus!) I love being able to just spend the day how I want to spend it, I can actually get a feel for the place and get to do walks and activities that you can’t do if your on minimum time!
The last few days in Kaikoura have been brilliant the lodge like I said has been so laid back and although we have had pretty shit weather it’s been great to just relax! Yesterday Virginia and I walked around the peninsular to watch the fur seal colony. I wasn’t expecting to be able to get so close the these funny little creatures it was fab and the coastline around this peninsula is amazing, the vast rocky areas and beaches of sun bleached shells and bones look like there from another planet!
Right that’s enough for now I’m heading back onto the north island tomorrow for the last leg of my travels around New Zealand. 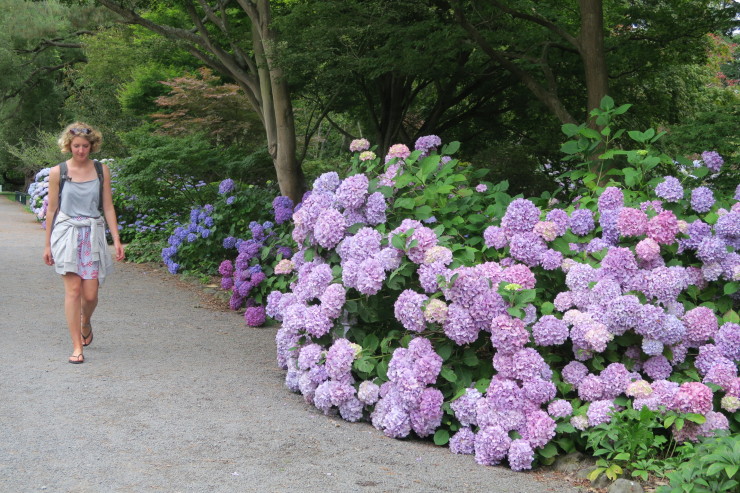 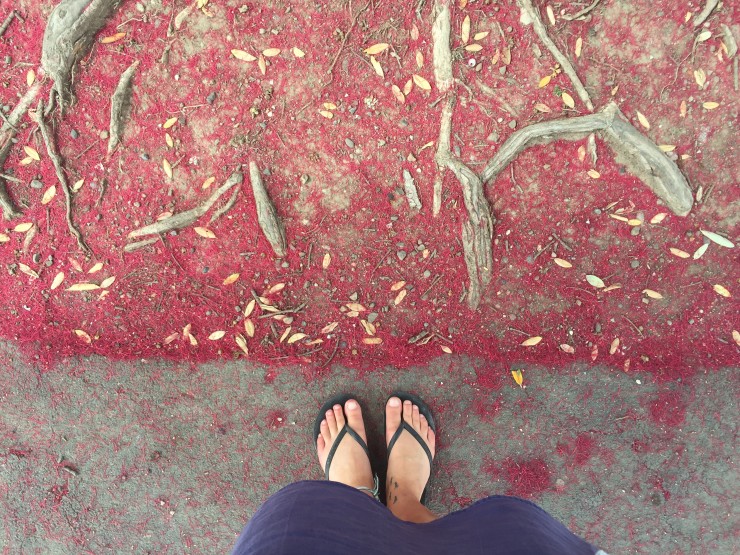 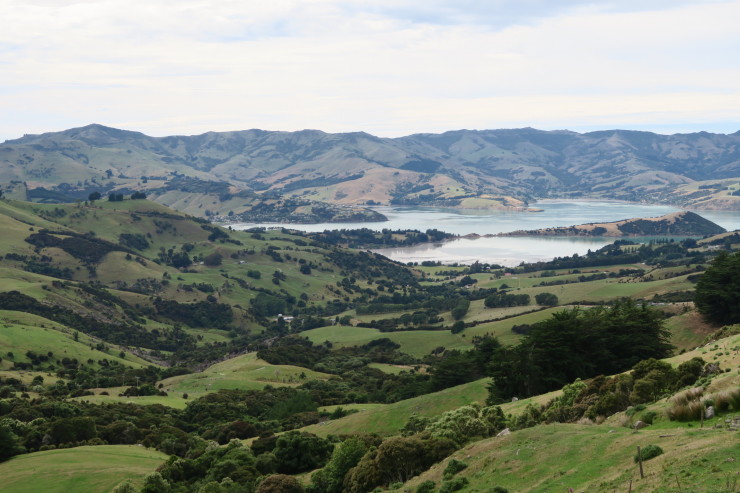 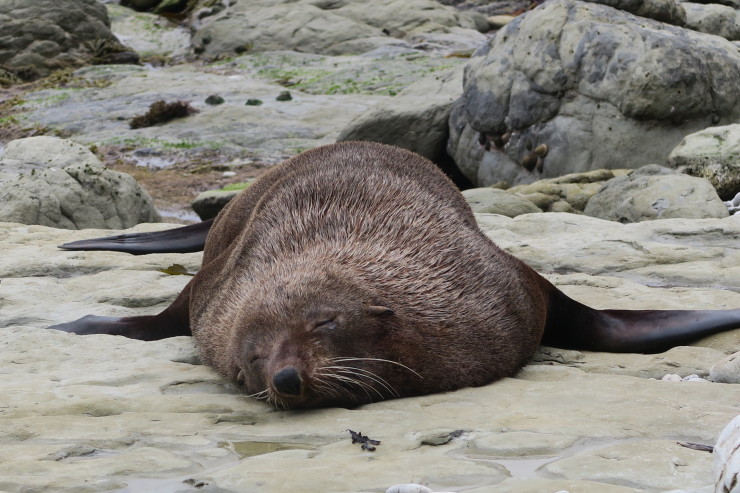 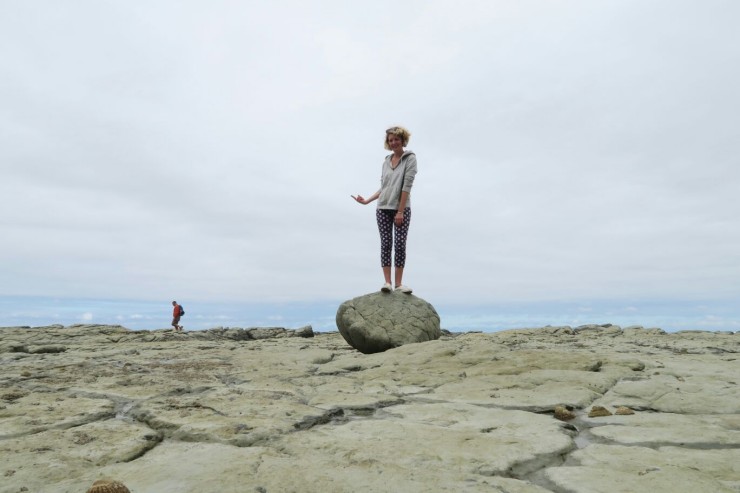 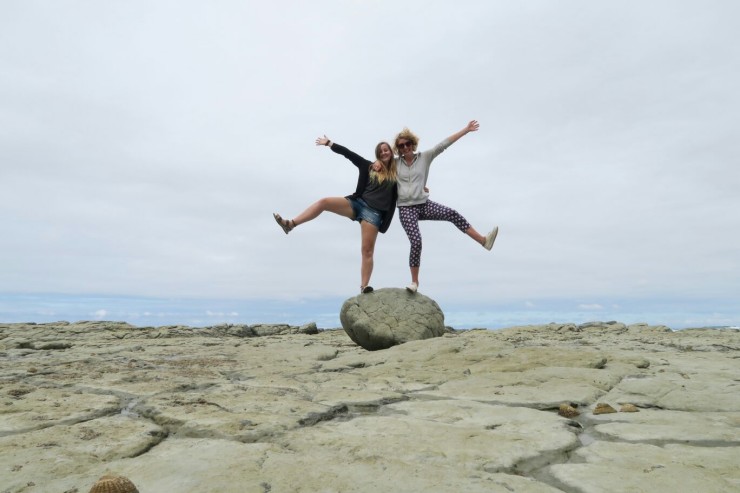 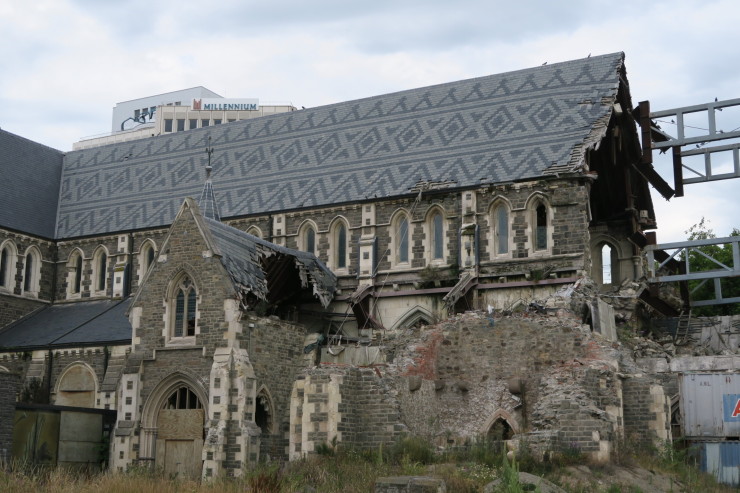